U12-U16 MWFA matches operate under modified Laws of the Game: 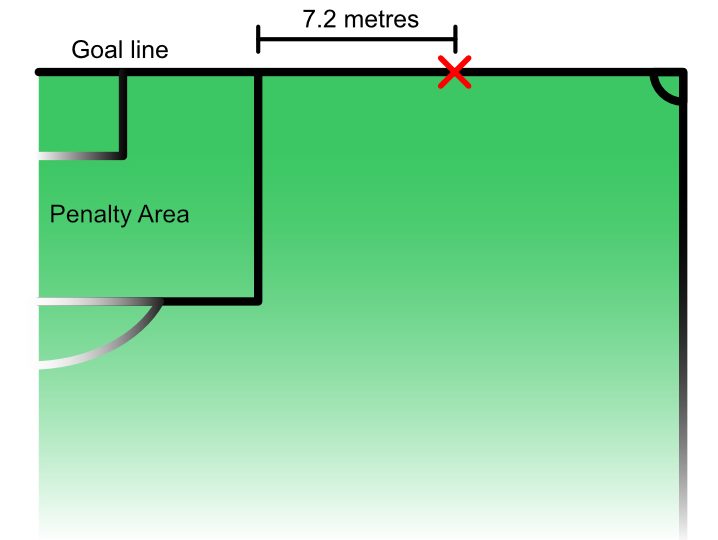 The purpose of the 25m Rule is to facilitate younger age groups playing out from the back with reduced pressure when they are awarded a goal kick or free kick in their penalty area. 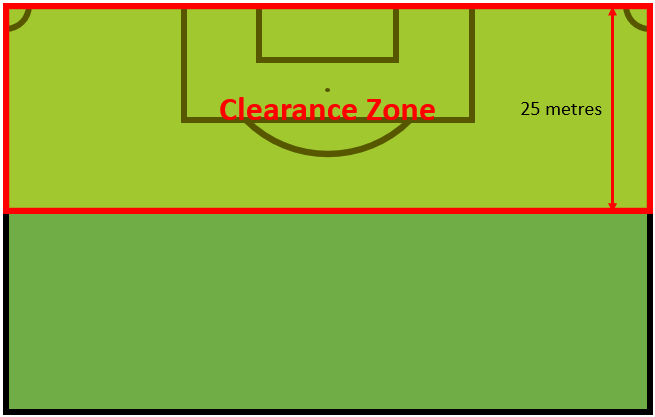 The 25m Rule applies to the U12 through U14 age groups and is in operation for goal kicks and also for free kicks awarded to the defending team in the penalty area. 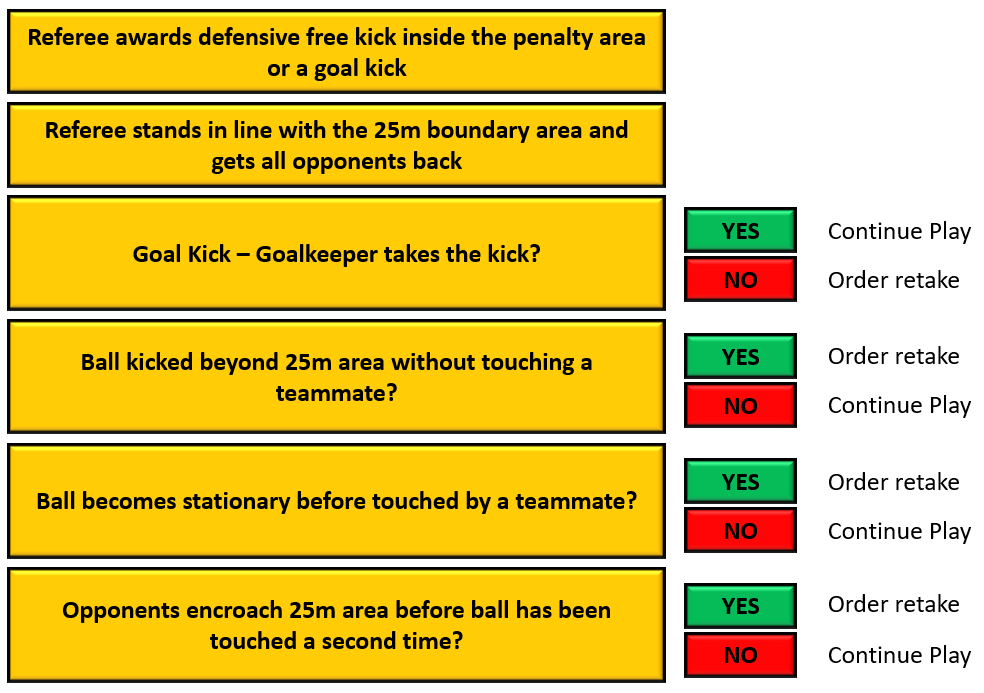